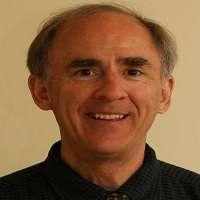 Dr. Kost studied Engineering at Stanford University and in Venezuela, then received the Master's degree in Engineering-Economic Systems (EEP) from Stanford prior to entering the Medical Scientist MD-PhD program at the University of California. He received his PhD in Bioengineering (NIH Traineeship) from UC San Diego and his MD from UC San Francisco in a Medical Scientist program. He was elected to Mu Alpha Theta (mathematics), Phi Kappa Phi (scholarship), and Sigma Xi (science) honor societies.

His clinical residency comprised Internal Medicine/Neurology at UCLA and Laboratory Medicine at the University of Washington, Seattle. He is boarded in Clinical Pathology (ABP), was elected to the National Academy of Clinical Biochemistry (NACB, AACC Academy), served on its Board of Directors, and is licensed to practice medicine in California. For over three decades, he was Director of POCT/Clinical Chemistry for UC Davis Health. In 1995, he founded the POCT-CTRTM, and in 2016, the POC Institute. He held an Edward A. Dickson Endowed Emeritus Professor Award in the Department of Pathology and Laboratory Medicine, School of Medicine.