About the Fulbright Program

Established in 1946 and sponsored by the U.S. Department of State, the Fulbright Program aims to increase mutual understanding between the United States and other countries, through the exchange of persons, knowledge, and skills—and through funding students, scholars, and professionals in undertaking graduate study, advanced research, university teaching, and teaching in elementary and secondary schools.

The Fulbright Program offers a wide range of research and educational exchange opportunities for UC Davis in over 130 countries—and brings international scholars and students here for academic collaborations that transform the campus community and build bridges to all parts of the world.

"Educational exchange can turn nations into people, contributing as no other form of communication can to the humanizing of international relations. Man's capacity for decent behavior seems to vary directly with his perception of others as individual humans with human motives and feelings, whereas his capacity for barbarism seems related to his perception of an adversary in abstract terms, as the embodiment, that is, of some evil design or ideology." -Founder Senator J. William Fulbright

Consistently ranked among the top universities hosting and producing Fulbright scholars and students, UC Davis hosts workshops and supports applications preparation. In 2009, we hosted over 20 Fulbright advisors from Fulbright Commissions and U.S. Embassies across East Asia and the Pacific, and in 2017, we hosted the J. William Fulbright Foreign Scholarship Board for their fall board meeting, during International Education Week. The Fulbright Program continues to be an integral part of UC Davis and Global Affairs efforts to strengthen and enhance our international leadership, education, and research collaborations.

During the 2019-20 academic year, UC Davis was recognized as a top producer of U.S. Fulbright Scholars among doctoral institutions, tying for fifth in the country. UC Davis sent seven scholars to countries including Bulgaria, Germany, and Uruguay.

During the 2018-19 academic year, UC Davis was recognized as a top producer of U.S. Fulbright Students after 12 UC Davis students and alumni were awarded Fulbright fellowships—the largest group of Aggies ever awarded—with the recipients’ global footprint stretching from Mexico to Malaysia, Iceland to South Africa.

In 2012-13, UC Davis was ranked among the top producing institutions of U.S. Fulbright Scholars, academics chosen to go abroad to teach and do research through the U.S. government’s flagship program for international educational exchange.

To keep up to date with the latest Fulbright activities and opportunities at UC Davis, connect with UC Davis Global Affairs on Instagram, Facebook, Twitter, and LinkedIn.

The Fulbright Program is adminstered by the Bureau of Educational and Cultural Affairs of the U.S. Department of State under policy guidelines established by the J. William Fulbright Foreign Scholarship Board and in cooperation with a number of private organizations. 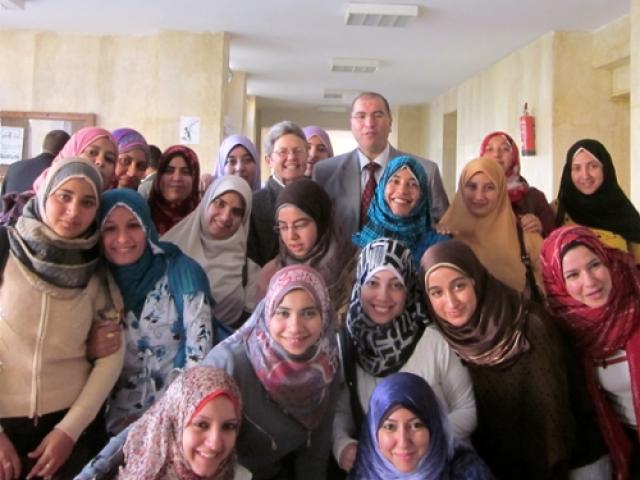 Hear from U.S. and Visiting Scholars about their Fulbright experiences around the world.

FIND OUT MORE
Services for International Students and Scholars