Consul General Gao will discuss education and youth exchanges, including a story about Milton Gardner, a resident of Kuling, China who later returned to the U.S. and became a Professor of Physics at UC Davis. Professor Gardner's story emphasizes the important role of people-to-people contact in bringing two nations together.

Dr. Jorge Guimarães will present the main activities of Brazilian Federal Agency for Support and Evaluation of Graduate Education (CAPES) and show the increasing importance of international cooperation to promote high-level study among international centers of excellence, followed by an opportunity for questions.

Dr. Klaus Scharioth, ambassador of Germany to the United States, will be discussing the partnerships between the United States and Germany and how to use them to tackle global problems. Ambassador Scharioth will give a 30 minute lecture followed by time for questions.

The Dragon's Gift: The Real Story of China in Africa

Deborah Bräutigam presents her new book, The Dragon’s Gift: The Real Story of China in Africa (Oxford Press, 2010). One of the world’s leading experts,she provides the first comprehensive account of China’s aid and economic cooperation overseas. Deborah Bräutigam tackles the myths and realities, explaining what the Chinese are doing, how they do it, how much aid they give, and how it all fits into their “going global” strategy. Drawing on three decades of experience in China and Africa, and hundreds of interviews in Africa, China, Europe and the U.S., Bräutigam shines new light on a topic of great interest.

A reception in honor of UC Davis Chancellor Larry Vanderhoef and the UC Davis delegation who participated in the first Building Bridges Summit in Egypt in March. Building Bridges was created to provide a platform for culture exchange, enhanced communications and progressive collaboration between the U.S. and Middle East in an effort to expand the space for peace. They will share their experiences and accomplishments as well as the potential opportunities in front of us.

Nobel Peace Prize-winner and Human Rights and Indigenous Rights activist Rigoberta Menchú Tum and her namesake foundation take the indigenous peoples' ancestral spirituality, as a source of wisdom, interpretation, inspiration and energy, a base for the construction of balanced, harmonic relationships. As Nobel Peace Prize Laureate, Indigenous woman and survivor of genocide in Guatemala, she seeks the observance of A CODE OF ETHICS FOR AN ERA OF PEACE as her contribution to humanity.

Sponsored by: Hemispheric Institute on the Americas; Center for the Study of Human Rights in the Americas; Spanish and Classics; Native American Studies; Chicana/Latina Research Center; School of Law; UC Davis Extension; Campus and Community Relations; Davis Humanities Institute; College of Agriculture and Environmental Science; College of Letters and Science Division of Social Sciences and Division of Humanities Arts and Cultural Studies

May 17, 2005, 8 p.m. in Jackson Hall at the Robert and Margrit Mondavi Center for the Performing Arts

Shirin Ebadi, an Iranian lawyer and social-justice activist who won the 2003 Nobel Peace Prize, will give a free talk about human rights and freedom of speech at UC Davis.

Coffee and Conversation was an opportunity for Global Affairs staff to meet with representatives from other units to discuss opportunities for collaboration and cooperation. 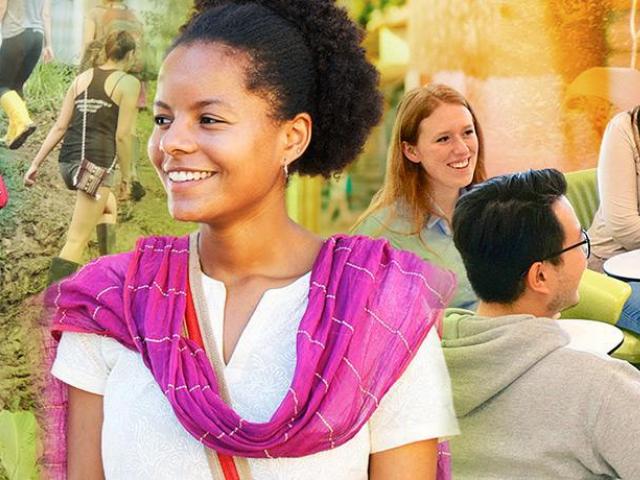 The inaugural Campus Global Theme for 2019-20 is Food for Thought: Feeding Ourselves, Feeding the Planet, emphasizing the global dimensions of discussing, celebrating, analyzing and acting upon feeding humanity.