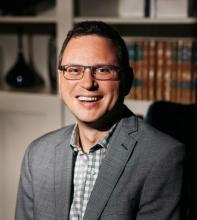 Michael Lazzara is Professor of Latin American Literature and Cultural Studies in the Department of Spanish and Portuguese, Graduate Chair in Spanish, and Chair of the Designated Emphasis in Human Rights. His research focuses on postdictatorship and postconflict culture in contemporary Latin America, particularly on the ways in which individuals and societies construct memories of past political violence. His publications include the books Chile in Transition: The Poetics and Politics of Memory (2006), Luz Arce and Pinochet’s Chile: Testimony in the Aftermath of State Violence (2011), and Civil Obedience: Complicity and Complacency in Chile since Pinochet(2018), as well as several edited volumes and numerous articles in prestigious national and international journals. He is the former Chair of the UC Davis Committee on International Education and is currently chairing the UC systemwide Committee on International Education. For over a decade, he has regularly led popular Summer Abroad and Quarter Abroad programs in Latin America. He has been a Fulbright Fellow, is Co-Champion of the “Global Human Rights” Big Idea, and serves as co-PI on a Global Affairs Seed Grant for International Engagement titled “Teaching Human Rights in the Americas."