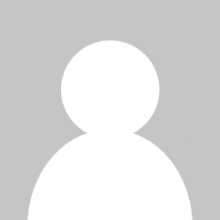 Department of Neurobiology, Physiology and Behavior Center for Neuroscience
Bio

Our lab researches how the brain analyzes sounds, how attention influences this neural analysis, and how this leads to decisions and actions in response to sound.  To do this we use a multidisciplinary approach combining neuroscience (recording the electrical activity of single neurons), behavior, psychology, and quantitative approaches.

How can we tell the sound of an alarm clock from a barking dog, or of an ambulance siren from a car horn? How do animals process vocalizations or humans process speech? How can we stand in a crowded cocktail party and understand one person's speech while our ears are bombarded with sounds from a barrage of sources: 100 other people talking, cell phones, air conditioners, glasses jingling, background music? To answer these questions we need a fundamental knowledge of hearing and how the brain analyzes sounds. Our lab's research focuses on these fundamental questions.

Little is now about what role the higher auditory areas (in the midbrain, thalamus, and cortex) play in sound perception, and sound guided behavior and action. A goal of our research is to elucidate how 'higher' brain areas, contribute to hearing, with a particular emphasis on the role of auditory cortex. We believe 'higher' levels of the brain are essential for hearing in the complex environments encountered by all animals.  We also have recently found that areas thought to be auditory only are strongly influenced by attention and decisions made by the animal. The latter is surprising since sensory cortex appears not just to be involved in sensing the sound, but also in guiding the behavior.