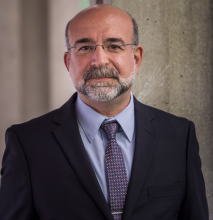 Chief Internationalization Officer of the University of Ottawa, Canada

El Zaïm has worked for several organizations in higher education, most recently as the executive director for international programs at the University of British Columbia. He was director general, internationalization, at Université de Sherbrooke, in Quebec, Canada from 2012 to 2014, and senior program specialist, information and communication technologies for development, with Canada’s International Development Research Centre, based in Middle East.