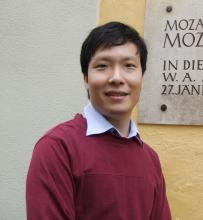 Sun Go is an Associate Professor of Economics at Chung-Ang University in Seoul, Korea. He completed his Ph.D. in Economics at UC Davis in 2009 and came back in January 2020 as a Fulbright Visiting Scholar. Sun’s research spans 19th- and 20th-century American and Korean economic history, focusing on public education, childbirth, and marriage. His work has been published in various academic journals, including the Journal of Economic History. Sun is currently working on the collection of 19th-century American local public school data from state and local reports. Sun is also studying about the relationship between the influx of immigrants and the early rise of common schools in the 19th-centunry USA, focusing on how immigrants affected local decisions about public school finance.