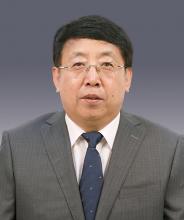 Tianzhi Ren is a professor and director of department research management at the Chinese Academy of Agricultural Sciences (CAAS).

He has held previous positions as deputy director of CAAS’ Institute and Agricultural Resources and Regional Planning, and director of CAAS’ Agro-environmental Protection Institute. He is currently engaged in research in the fields of no-point-source pollution control, ecological agriculture and sustainable agricultural development.

He has received many prestigious awards from such organizations as the Ministry of Agriculture of the People’s Republic of China, the China Association for Science and Technology, and the Leading Group Office of the First National Census on Pollution Source of the State Council. In 2017, he was given a State Scientific and Technology Prize (State Scientific and Technological Progress Award, Second Class) —the highest honor in People’s Republic of China in science and technology that recognizes citizens and organizations who have made remarkable contributions to scientific and technological progress, and to promote the development of science and technology.