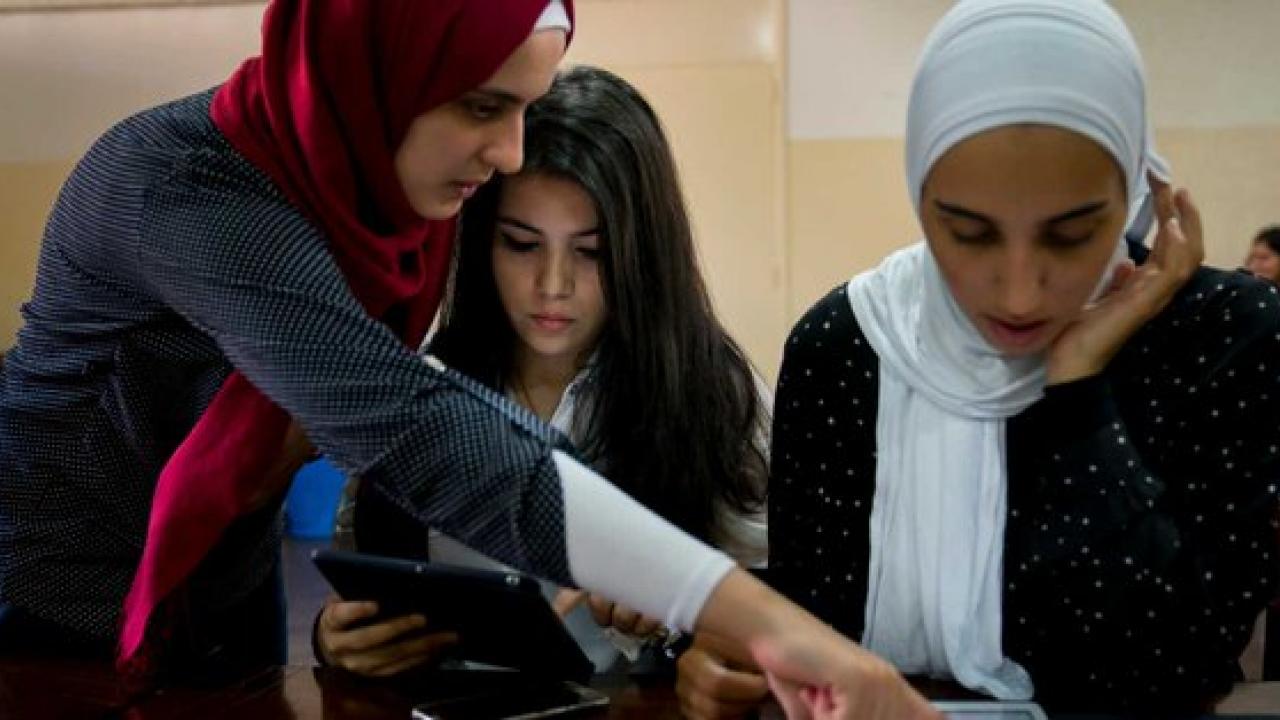 "BEKAA VALLEY, Lebanon — Arabic bounces off the walls of a small room in a nondescript building in Lebanon’s notorious Bekaa Valley. About a dozen Syrian refugees carefully take photos of their diplomas and training certificates. One young man steadies a document on the brace around his left leg—a reminder of the civil war that has driven millions from their country, many here to Lebanon.

Jawad Kaysaneya was in his first year of college, studying to be a civil engineer like his father, when he fled eastern Ghouta shortly after the war started.

War derailed his dreams, and continues to do so in Lebanon, where he’s lived since 2012.

“In the whole world, if you are Syrian, you have nothing. You have no rights. You have no life,” Kaysaneya said, in English. “I lived a life, and it’s not the one I was dreaming about.”

But dreams have a way of persisting, especially with a little help. The web-based platform where these young Syrian adults are uploading their documents aims to remove obstacles to their aspirations.

The Article 26 Backpack is a new humanitarian tool that displaced people are using to securely store and share documents, such as transcripts and resumes, with universities, scholarship agencies and employers. Nearly 600 people have created virtual backpacks since the project launched in Lebanon this spring."

Read the full story and watch the video at The Washington Post.

Article 26 Backpack Global Partnerships
Sign up for our newsletters