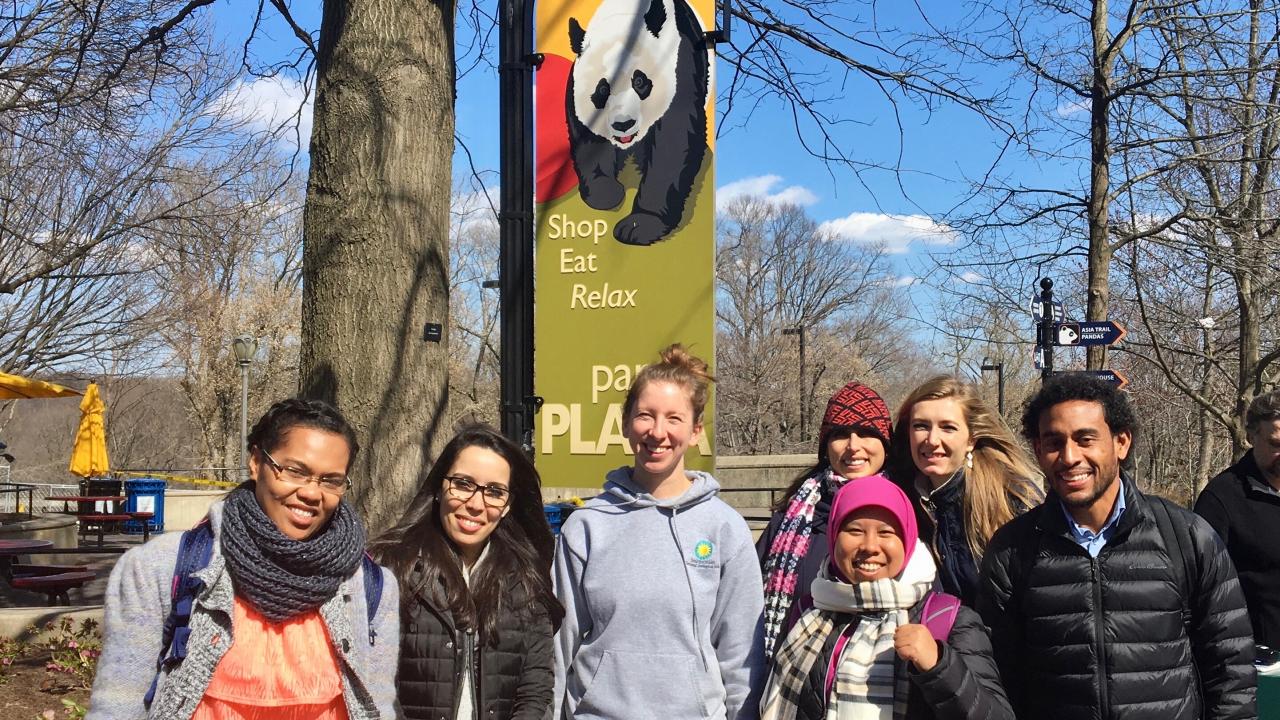 Over the past four decades or so, Hubert H. Humphrey Fellows have traveled from all over the world to American universities—including the University of California, Davis—for professional and leadership development. The Humphrey Fellows also find time for traveling within the United States, and this past spring, the UC Davis Fellows traveled to Washington, D.C., and Atlanta, Georgia.

Following the workshop, the attending Humphrey Fellows were treated to a question and answer session with the Hubert H. Humphrey Fellowship Program Founder and Former United States President Jimmy Carter. Later in the week, the Humphrey Fellows received a tour of President Carter’s non-profit organization, The Carter Center.

Learning from a Former Humphrey Fellow

Two weeks after their time in Atlanta, the UC Davis Humphrey Fellows traveled to Washington, D.C. on March 19 to attend a workshop at the Institute for International Education. Taught by a former Humphrey Fellow, the workshop left a lasting impression on the mid-career professionals.

“Personally, it was one of the best workshops I have ever attended,” said UC Davis Humphrey Fellow Fathimah Handayani from Indonesia. “The facilitator was really great in creating a conducive atmosphere. Knowing the instructor was a Humphrey alumna, and learning from her experience during and after her Humphrey years was so inspiring.”

Crossing Seeing Giant Pandas off of the Bucket List

Unbeknownst to the UC Davis Humphrey Fellows, Pick explained that she, too, is a UC Davis affiliate. A 2012 graduate, Pick holds a UC Davis degree in Wildlife, Fish, and Conservation Biology from the College of Agricultural and Environmental Sciences.

Later in the day, Pick provided the fellows with a guided tour of the facilities, with a stop, of course, to see the rare Giant Pandas.

The fellows reveled in the opportunity at spending time with a new UC Davis connection and with the Giant Pandas.

“We loved the pandas,” Handayani said. “It was so great to be able to see the pandas and get an explanation from a UC Davis alumna. There was so much Aggie spirit.”

Reflecting on the Trip

The opportunity to spend time in the U.S. capital and at Emory University are the latest in a long list of professional endeavors and travel adventures embarked upon by the UC Davis Humphrey Fellows, leading to both professional and personal growth.

“This has been an amazing opportunity,” Handayani said. “Knowing professionals from other disciplines and from many other countries expands our knowledge on cultures and points of view.”

The Hubert H. Humphrey Fellowship Program provides a year of professional enrichment in the United States for experienced professionals from designated countries throughout the world. The Humphrey Program is a Fulbright exchange activity that is administered by the Institute of International Education (IIE), with primary funding provided by the U.S. Congress through the Bureau of Educational and Cultural Affairs of the U.S. Department of State.

What is Global Affairs at UC Davis?