After arriving in Kathmandu, Nepal, and unpacking at the guest house, we got right to work. The first order of business was stocking up on forgotten items (toothbrushes, dark chocolate, and other essentials) and Nepalese phones and SIM cards for in-country communication.

On the second day, we finally met the Nepalese students in our project teams, recognizing each other from Skype and Facebook pictures. Looking across the courtyard, we couldn’t believe that we were able to hold a conversation without scheduling around a time difference or technological difficulties. There was a lot of laughter that afternoon.

After another full day of meeting with our mentors (knowledgeable leaders from various industries in Nepal), touring historic parts of Kathmandu, hearing presentations about the various elements of the multiplicity of cultures represented in Nepal, and participating in a mapping workshop, we prepared the last portions of our project plans that were to be implemented after traveling to our research site.

My final act of preparation was to search nearly all the shops and markets in Kathmandu to find a bag of coffee and a French press. 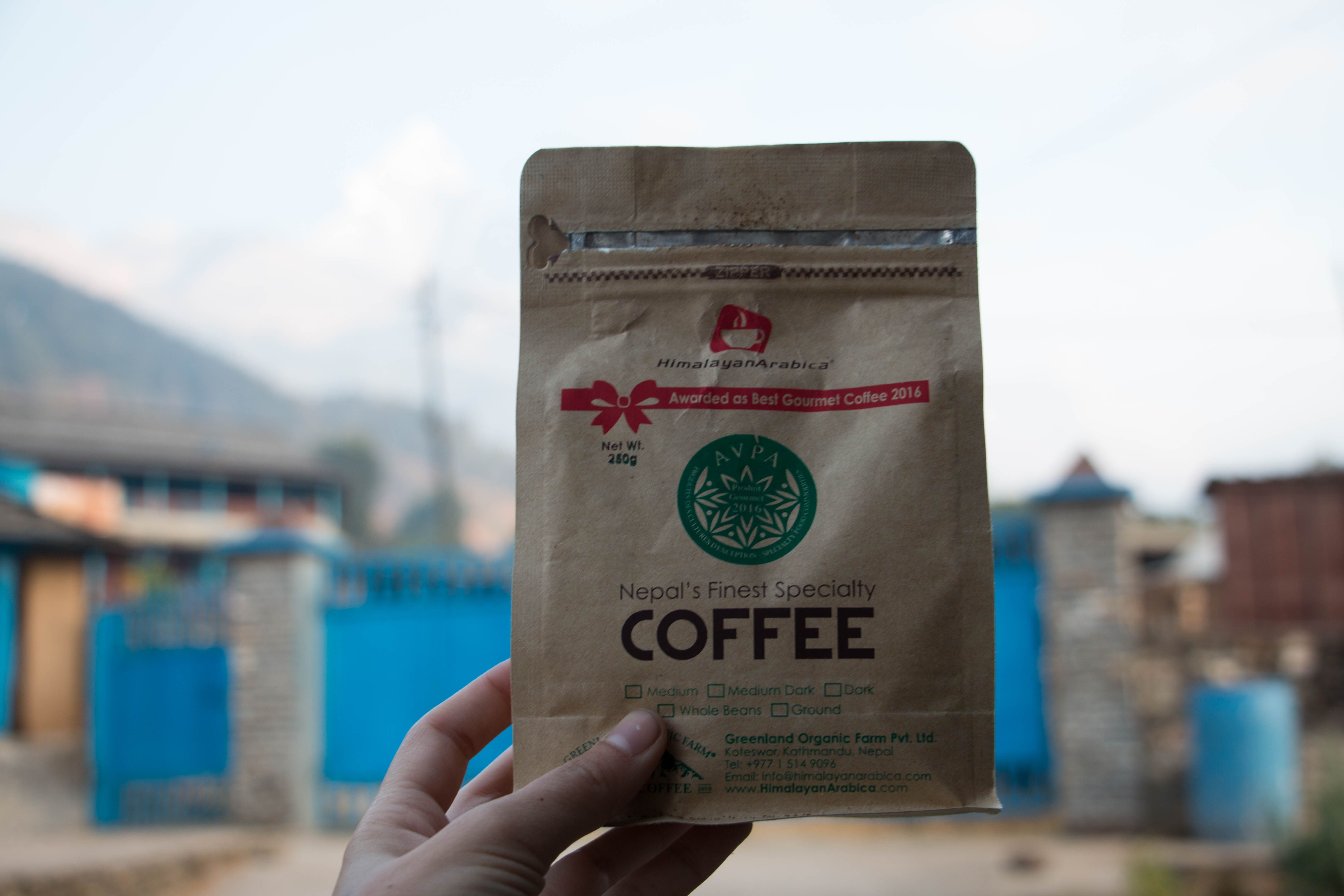 After finalizing travel plans and gathering materials for our projects, we took a bus ride from Kathmandu to the northeastern part of Nepal, near Pokhara.

We then started working on projects in foothills of the Himalayas, in a village called Machhapuchhre. The village lies just between the forest and the river, which cuts a jagged valley and separates one ward of the village from another. Everywhere you turn the landscape unfolds a quiet and brilliant scene—I’ve even started bringing my camera with me to the bathroom as there always seems to be a new perspective to capture.

This place has taken us in in more ways than one. From a traditional welcoming ceremony to being invited to a multi-day traditional funeral ceremony and a thousand things in between, we’ve received display after display of hospitality. The village has welcomed us as if we are their own sons and daughters.

We’ve been taken in in another way, too; I think everyone on our team can agree that the lines of the mountain ranges extending upward from the horizon makes a pattern that we’ll never quite forget.

In the morning, a group runs several miles through the sunlit stone paths. A group of walkers with cameras—myself included—walk long stretches to the outskirts of the village. We see incredible displays of Nepal’s biodiversity—fields of flowers, stretches of farmland lying fallow for the winter months, water buffalos being milked, street dogs vying for attention, and the magnificent Fishtail Peak and Annapurna range, all surrounded by sherbert-colored clouds.

Each team of students is hard at work in the middle of their respective projects, which means that we have all become familiar with a unique part of the village.

My team is working on a plan to develop a museum for a group of women called the Mothers’ Group. They’ve shown us their traditional dress, invited us to witness their way of life, and explained what aspects of their cultural heritage they fear they might lose to the sway of modernization.

While older villagers are passing away and younger villagers are moving toward bigger cities, many youths migrate to the Middle East to work and provide remittances to their families in Nepal. Nearly 1,500 people leave Nepal every day. And a quarter of Nepal’s economy is supported by remittances. Seeing these statistics at work really made us come together as a team.

After full working days steeped in our project meetings, field research, and analysis, we often unwind playing chess or guitar, trying Nepalese snacks (our excursions to the small village markets have created a deficit of Chupa Chups—a chewy candy much like Airhead strips—as well as chocolate), taking sunset walks, spending time with the schoolchildren, and petting all the stray dogs.

These are merely disparate elements of what I’ve experienced to be a new and wonderful way of learning. In reality, there is so much to be gained from learning about a new culture from the perspective of Nepalese students and professionals, including lifelong friendships.

This trip has granted me the opportunity to hone my capacity for interdisciplinary work and to learn something new at every moment. I encourage you to go out and experience it for yourself!

Study Abroad Global Education for All
Sign up for our newsletter

Best Wishes and a Video from UC Davis Global Affairs