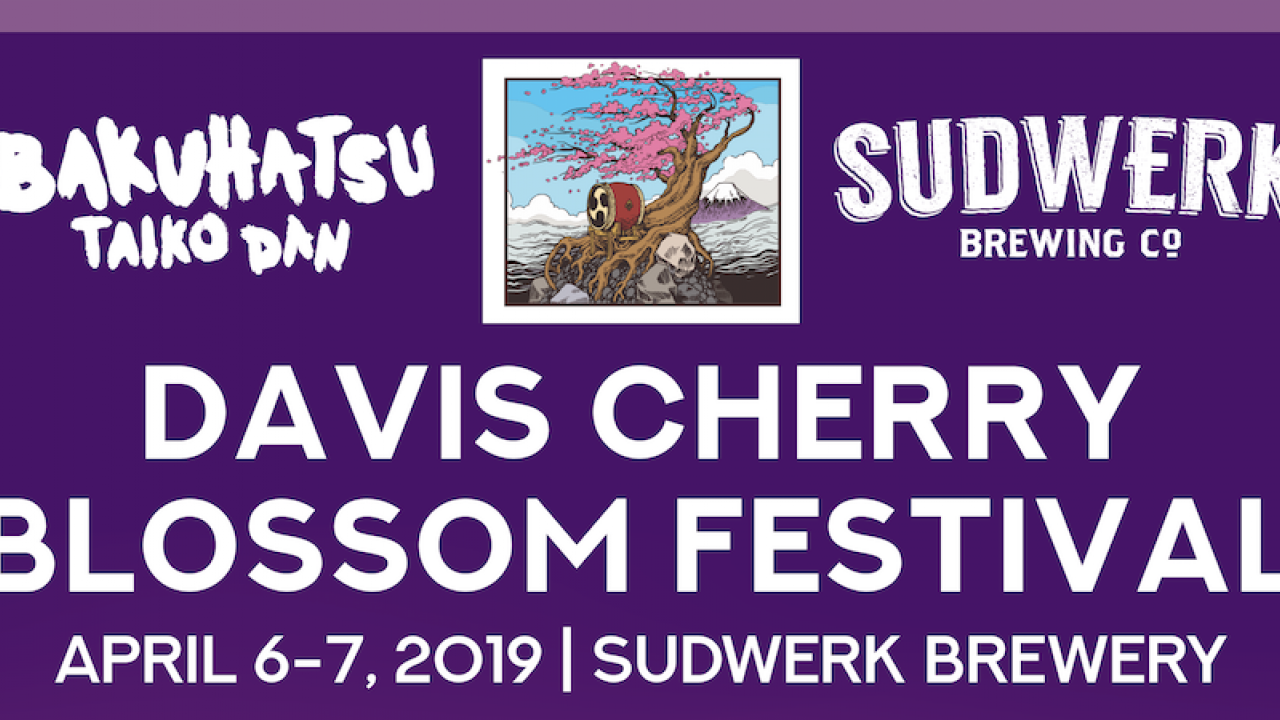 By Anne Fey, The California Aggie

"Bakuhatsu Taiko Dan invited musicians, visual artists and performers to Sudwerk Brewing Co. for the fourth annual Davis Cherry Blossom Festival. The free festival — which took place from 11 a.m. to 10 p.m. on Saturday, April 6 and from 11 a.m. to 9:30 p.m on Sunday, April 7 — has grown exponentially to become a full-fledged regional music festival in addition to it being a celebration of Japanese culture and spring.

The festival was founded by UC Davis third-year anthropology graduate student Gregory Wada and UC Davis alumna Kathleen Brandl. Wada is a Bakuhatsu Taiko Dan member and Brandl was the dock store manager at Sudwerk. This year, Dan Martin is the manager at Sudwerk and has continued the tradition of helping host and organize the festival.

Wada explained his and Brandl’s vision for the festival to foster understanding between people and to show that Davis is a diverse community.

“We had this conversation just about genuine human interaction,” Wada said. “There’s so much we can do to promote justice and things in our world through making the right policy decisions and fighting those battles — you know, yes, those are all important — but I think also there’s this landscape that needs to be addressed too that is just people interacting with people and promoting that civility and just that friendliness.”

“What we’re trying to do is really get people together and let them have a good time together,” Wada said.

Joanna Regulska, the vice provost and associate chancellor of Global Affairs, commented on its support.

“Our mission in Global Affairs is to inspire global curiosity, understanding, and engagement — and local events like this that bring together so many different people for a shared celebration align so well with this mission,” Regulska said via email."

Read the full story at The California Aggie.

Global Education for All
Sign up for our newsletters