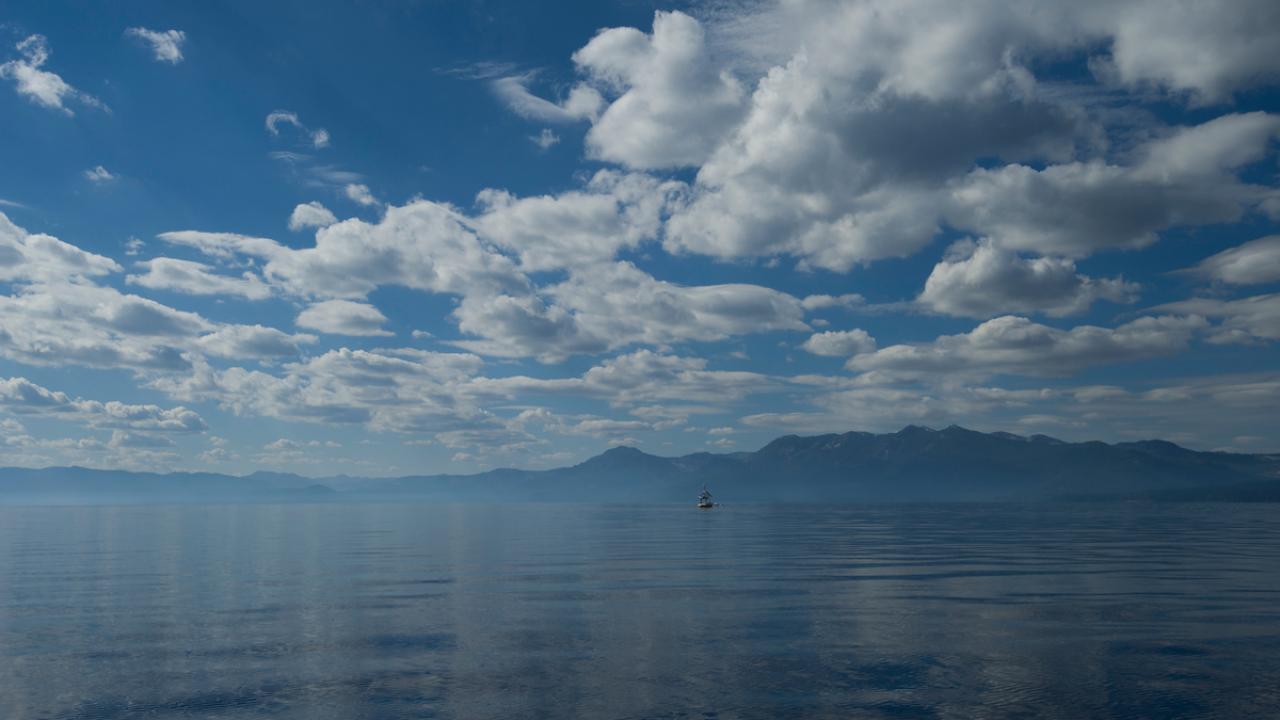 During the 2017-18 academic year, Pedro Luis Borges Chaffe, an associate professor of hydrology at the Federal University of Santa Catarina, Florianópolis in Brazil, spent a total of four months at UC Davis as a Visiting Fulbright Scholar. The college town atmosphere gave Borges Chaffe the perfect backdrop for his visiting scholar experience as a part of the Fulbright Program, the flagship international exchange program sponsored by the U.S. government.

“Davis offered a quiet time where I got to think deeply about my research and meet many nice and interesting individuals around the campus,” Borges Chaffe said. “In addition, I enjoyed the multicultural Davis values, the blue skies, the bike rides, and the farmers market.”

The research that Borges Chaffe references is a project based out of the lab of UC Davis Civil and Environmental Engineering Professor and Director of the UC Davis Tahoe Environmental Research Center Geoffrey Schladow. Schladow is a widely recognized expert on systems of lakes, streams, and estuaries. His current project focuses on the changing hydrology of streams in the Lake Tahoe basin.

As the basin experiences decreased levels of snow and increased rainfall, the project is exploring the major impacts of these changes in terms of the general safety and stability of structures near the basin, the degradation of forest soil, and the elevated risk of wildfires. With Borges Chaffe’s own expertise in the field of hydrology, he was able to add key insights to Schladow’s research.

“It was a very positive experience working with Professor Borges Chaffe,” Schladow said. “He was able to apply some very sophisticated statistical approaches that helped us understand the magnitude of the past changes and, more importantly, the likely future trends over the coming decades.”

For Borges Chaffe, this work is particularly fulfilling. When Borges Chaffe was in Kyoto, Japan in 2011 pursuing his Ph.D., he met Schladow for the first time and dreamed of one day working in his UC Davis lab. In 2017, the Fulbright Program allowed Borges Chaffe’s dream to become a reality.

“Researching at UC Davis was great,” Borges Chaffe said. “Professor Schladow has an amazing group of graduate students and international collaborators. His historical datasets of Lake Tahoe are truly unique and offer a great opportunity for the study of lake and stream interactions.”

While the project is still ongoing, Borges Chaffe and Schladow combined to make great progress during Borges Chaffe’s time at UC Davis. They now know that the timing of snowmelt is a determinant for the mixing of lake inflow in Lake Tahoe (Roberts et al 2018). The next stage of research will involve trying to disentangle varying climatic and physiographic signals of streamflow from differing Lake Tahoe subcatchments to anticipate how the catchments around Lake Tahoe will be impacted by future climate change.

Now back in Brazil, Borges Chaffe is actively using what he learned during his Fulbright experience. He runs his own hydrology lab in Florianópolis, teaches classes at the Federal University of Santa Catarina, and mentors graduate and undergraduate students, sharing with them the impact of researching abroad. Ultimately, he hopes to send his students to UC Davis so they can learn in the same environment that he did.

Despite the local focus of Schladow’s project, both he and Borges Chaffe see the project having a global impact.

“While of great benefit to California and the western U.S., this work will have global impacts, as these same forces are at play throughout the world," Schladow said.

About the Fulbright Program at UC Davis

The Fulbright Program offers a range of research and professional exchange opportunities for UC Davis students, faculty, staff in over 130 countries—and brings international scholars and students here for collaborations that transform the campus community and build bridges to all parts of the world.

Harvesting Light to Grow Food and Clean Energy Together